How a Desert Prophet Gave You ISIS, al Qaeda, and Boko Haram–

or How Muhammad Invented Jihad 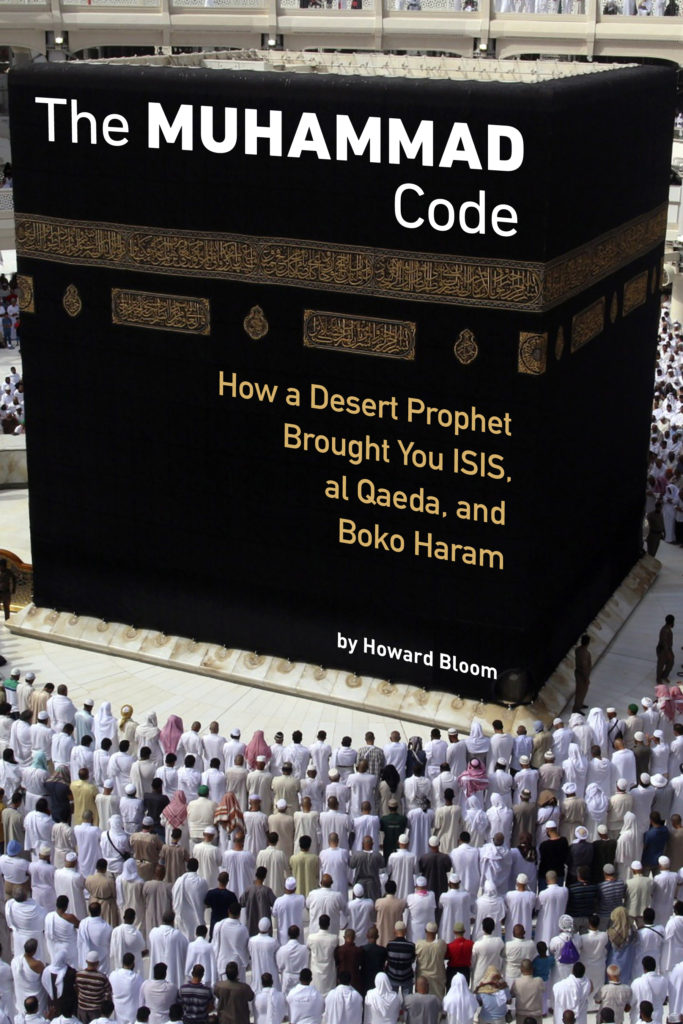 “The Muhammad Code is keeping me up at night. It’s a terrifying book—like a horror novel. It’s the best book I’ve read on Islam…and the most elegantly written.” David Swindle, lifestyle editor, PJ Media

The Muhammad Code is a story you are not supposed to read.

The Muhammad Code is based entirely on Islamic sources: the Quran, the Hadith, Ibn Ishaq, al Tabari, and lives of Muhammad written for Moslem eyes only by Islamic religious leaders, Islamic scholars, and Islamic journalists. The Muhammad Code tells one of the most important and riveting stories in history. The hidden story behind the headlines from shock-spots in Asia, Africa, Europe, Iran, Iraq, Afghanistan, and Pakistan. And the inner secrets of the mosque down the street.

The Muhammad Code is the story of how Muhammad laid out a simple goal–seizing the entire world. A goal so dependent on violence that one of Muhammad’s leading modern interpreters, Islamic Revolutionary Iran’s founding father, the Ayatollah Khomeini, says proudly that “Islam has obliterated many tribes.” The Muhammad Code tells a story unknown in the West, the story that led the Ayatollah to declare that, “Moslems have no alternative… to an armed holy war… Holy war means the conquest of all non Moslem territories. …It will …be the duty of every able-bodied adult male to volunteer for this war of conquest, the final aim of which is to put Koranic law in power from one end of the earth to the other.”

If you want to know the story of Muhammad’s ten years as a militant, read The Muhammad Code. It is more than just amazing. It is a story whose aftershocks are quaking your life.